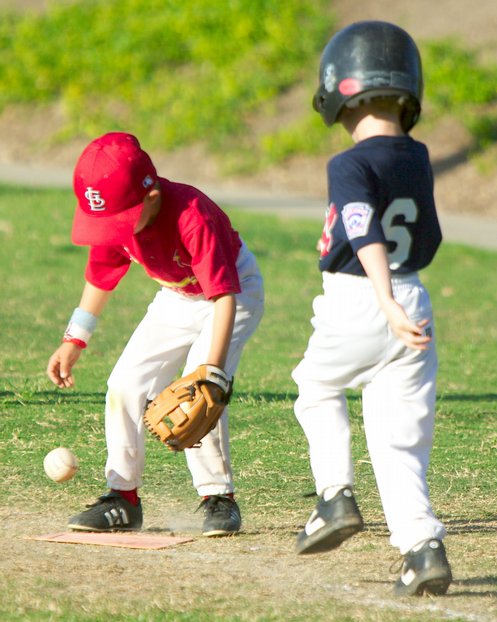 It happens to some of the best athletes, CEOs, actors, and public speakers in the world — the loss of words, the inability to take action or even move, and the proverbial dropping of the ball. For some, choking under pressure comes at the 9th inning when the game is tied, bases are loaded, there are two outs and the best hitter in the league has just stepped up to the plate. For others it comes with the mere thought of playing the game.

An athlete, CEO, actor, or speaker can have all the outer game tools in his or her toolbox but if she doesn’t have the inner game needed to put those tools to work she will find herself frustrated, falling short of her full potential, and choking under pressure.

Imagine your inner game like the software in a computer. You can have the greatest hardware on the planet, a shiny new 32 inch monitor, slick new wireless keyboard and mouse, a really cool black tower with pretty blue lights, and a great workstation to put it all on but if you don’t have the proper software inside or if you have some old obsolete software to run the system and perform the tasks you want it, all that outer equipment or hardware won’t mean squat.

The inner game of confidence is your ability to control your focus, your state, and your emotions rather than letting them control or rule you.

I’ll go one step further and say it’s the knowing that you will succeed.

The key for anyone looking to create more success in their lives whether in athletics, business, or even relationships is the ability to master their own inner game.

The empowering emotional state of being confident is triggered in most cases by an internal thought or vision. And so are the disempowering emotions of self doubt, frustration, fear, and disappointment.

Because of the way our brains process information every time that inner voice suggests something negative and you entertain that thought, your brain creates a picture or internal representation of that thought. If for example the pitcher facing that best hitter in the league were to say to himself, “don’t let this guy get a hit” and he entertained that thought his brain would immediately make a picture of the guy hitting it out of the park, dramatically increasing the likelihood of it happening.

So next time you’re in a potential choke situation and that little inner voice says something that could keep you from succeeding, simply acknowledge it and usurp its power by saying “thanks but no thanks! Then refocus and take action.