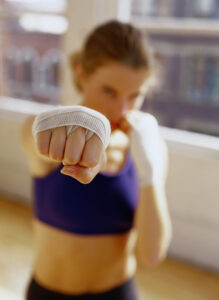 I will never forget the first painful and humiliating day I worked out at a “real gym”. The place was called Future Man and as a skinny teen with no muscle and even less discipline I was anything but that.

Up until that point I had only been messing around with some old school machines and a few dust covered dumbbells at the High School gym near my house. I was just a beginner, knew nothing about training and was inconsistent at best. What I did know even then was that I wanted to build big muscles and look like the guys I saw on the covers of the body building magazines.

Not every first time exerciser starts out with Mr. or Ms. Universe aspirations but we all have one thing in common, a desire to improve.

Understanding where that desire comes from along with its antagonistic counter parts is the first key to finding the motivation to get up off the couch and moving as well as the ability to stick with it long after the temptation to quit presents its first convincing argument.

Sometimes I Get This Feeling

By definition, desire is “a strong feeling of wanting something or wishing for something to happen”. Making the decision to get up and go to the gym is rarely the result of an intellectual process – it’s based primary on an emotion or feeling.

At this point you maybe asking yourself “Is Terwilliger going to tell me I have to get in touch with my feelings so I can improve my bench press!?!” The answer to that question is NO… not really.

It is relevant however to your ability to start and stick with an exercise program to understand that your actions (the new habits and behaviors you want initiate) are directly motivated by your feelings and that ultimately your results (the healthy, strong, fit body you want) are the product of those actions.

So it would stand to reason that if you want to change your actions, habits and behaviors and get the results you want you have to change the way you feel about it.

Case in point: At 42, JP’s weight had gotten to an uncomfortable and unhealthy level. He felt bad about himself and had to do something. He took action and started an exercise program.

Initially he found motivation in the idea of gaining back his health, looking and feeling more like an athlete than a plumber (sorry plumbers) and repairing his self esteem which had taken a bit of a bruising the previous two years.

But as the weeks progressed just as he was starting to see some encouraging results he began missing more and more workouts and expressed less and less enthusiasm when he did make to the gym.

JP isn’t alone, a lot of people embark on a new fitness program with high hopes, enthusiasm and motivated by possibility.  But within 6 weeks, most of them drop out and half quit within 6 months. 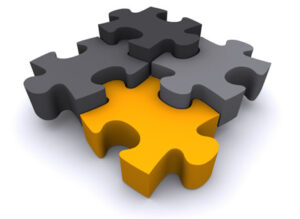 About two months into his training JP actually started to feel bad every time he went to the gym or did anything to take care of himself physically like he was neglecting other more important things like his business and family. His motivation had turned against him and his desire to get in shape became a negative as he started to feel like it was something he “had to do” rather than wanted to do.

As silly as JPs quandary sounds it’s not that uncommon. A lot beginning exercisers find themselves at odds with their initial objective.  Some as a way of unconsciously releasing themselves from the commitment, others because they’re too lazy to follow through, some because partying is more important and then there are those like JP who encounter a legitimate values conflict.

With a little digging we uncloaked that when he was younger JP was led to believe athletes were stupid, athletics were a waste of time and the only thing of real value and worth pursuing were academics and spiritually. As a result whenever he got anywhere near resembling or feeling like an athlete in-congruent negative emotions would shut down the activity and halt any further progress.

Motivation: “the process that initiates, guides and maintains goal-oriented behaviors” can be both intrinsic (meaning the desire and motivation for change comes from within) or extrinsic (motivation that comes from external factors).

The rewarding feelings of accomplishment, satisfaction, a job well done, contribution and even pride are all intrinsic motivators. They have a motivationally sustainable power to them that cannot be found externally.

When JP finally connected the dots between the success of his business and family to being fit he was able to re-frame his goal from the extrinsic objective of looking like an athlete to the intrinsic rewards of being the best he can be as a business owner, husband and man.

You too can use extrinsic motivation to initiate action but if you’re going to sustain it over the long run you must find the motivation from within and make that your ultimate objective.

1. Align your initial goal or objective with what you really want. Is it a great body you want or to feel really good about yourself? The path to both may be identical but the WHY will make a radical difference in sustainability.

2. Find a way to connect your fitness objectives with as many of the other important things in your life as you can. Make the success of those other things contingent on your fitness success not in opposition to them.

I want to hear your thoughts and experience

Join me for my free webinar and learn how to tap into the most powerful achievement technology on the planet… you!