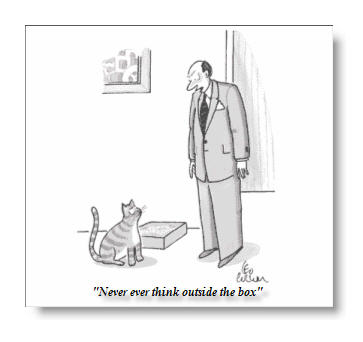 What do you think is the quickest way to set yourself apart from your competition?

your own published book.¬†
It doesn‚Ä≤t matter that not all of them were “best sellers”√¢‚Ç¨”What matters is that doors opened and paths were paved for each one of these authors once their books hit the market place. How do you think your current and prospective clients would feel if they knew they were working with a bona fide fitness author using the same specialized training system you wrote about in your book?

What if instead of just telling their friends and colleagues about you, they could actually give them a copy of your book?¬†The publicity benefits are endless including the possibility of being on Oprah for goodness sake.¬†

So I think we can agree you need to have a published book out there.

But here‚Ä≤s the problem.¬†Most of us allow our own little “inner voice” to talk us out of taking the action steps that would propel us forward and instead we inch along month after month and sometimes year after year doing what‚Ä≤s comfortable.But at least we‚Ä≤re doing somethingright? That‚Ä≤s how we justify it.¬†And the truth, the “one small step at a time” approach does works in some cases.¬† It‚Ä≤s how most of us learned to walk, and ride a bike, and how we got from the 4th grade to the 6th.¬† It was the educational system process. We have been trained to think in terms of linear steps.¬† We have been trained to think inside the box. I find it interesting however that many of the ultra successful thought leaders, authors, and even entrepreneurs today never achieved the level of “formal education” that you might expect.

The amazing career of the self-help guru, Tony Robbins who has advised presidents, superstars, and sports heroes and whose personal power-building seminars have reached people in 70 countries is a prime example. Tony built a financial empire with no formal education or credentials – just an incredible drive to succeed and an ability to think outside the box.

My good friend, Harv Eker is another prime example.¬† Harv has reached over 500,000 people worldwide with his financial blueprint training with no formal business degree, training or education.¬†Perhaps their ability to think outside the box is more a biproduct of not having pursued a formal education. The biggest thing both Tony and Harv have in common is that they are both bestselling authors.¬† And although their books didn‚Ä≤t launch their careers and they both had momentum already, it did help them break out of the stratosphere.¬†

The bottom line is this, no matter how well your career is already going you can take it to a whole new level with your own published bookand it doesn‚Ä≤t have to be a best seller.

Case in point: In 2007, I launched my first coaching book, Inner Game of Confidence along with the audio program.¬† Even though it is self published and not a best seller (YET) it has made me a great deal of money and more importantly it has opened the coaching flood gates.¬† I now reach thousands of fitness professionals and work with hundreds of online coaching clients on overcoming self esteem issues and building unstoppable confidence all because of the book. If I had allowed that little inner voice of mine to talk me out of doing something simply because it might be a slightly outside the box of my comfort zone I would not be helping thousands of other fitness professionals move to the next level today. In effect, ¬†I would not be living my purpose of changing the face of fitness in America.

I would answer them with a resounding BS! All that is, is their own little inner voice pulling up all the old excuses that has kept them from taking action in the past.¬†It shows up in the form of resistance. And in my experience the more resistance you encounter when considering a course of action the more you need to know that it is the direction you should be moving.

In his book,The War of Art: Break Through the Blocks and Win Your Inner Creative Battles

“Resistance will tell you anything to keep you from doing your work. It will perjure, fabricate, falsify, seduce, bully, and cajole. Resistance is protein in that it will assume any form, if that‚Ä≤s what it takes to deceive you. It will reason with you like a lawyer or jam a nine millimeter in your face like a stickup man. Resistance has no conscience. It will pledge anything to get a deal, than double-cross you as soon as your back is turned. If you take resistance at its word, you deserve everything you get. Resistance is always lying and always full of shit.”¬†

So the only real question is who will win out you and the people you can reach and help with your book or the little inner voice that puts up the resistance? To find out how you can stack the deck in your favor check out