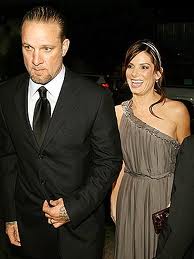 It’s one of my favorite expressions because – although we don’t like to believe it or admit it, if we half-ass the stuff we don’t want to do there is a very strong likelihood that we will also half-ass the important stuff too. Holding back, playing it safe, committing 50% or less becomes a habit that will show up just at those critical moments when you need to step up and give 100% without thinking about it… you know – “just do it!”

On the flip side of that coin – if we practice playing full out and giving 100% in the gym, on the job, in our relationships  we will find that we also give 100% in other areas of our lives even when the stakes are low. Playing full out takes commitment and practice. It also takes constant self observation.

Once we notice we’re holding back we have to train ourselves to flip the switch and instead of putting one toe in the water we dive head first with everything we have. That’s how winning us done.  No one ever regrets giving 100% even if they “fail”– what we do regret are the times we held back and failed as a result.

Start becoming aware of those times when you’re not putting as much effort forward as you could, when you hold back, or screwing around instead of living up to your commitment and realize at that moment that what you’re doing right then is what’s going to show up later on.  Or your unconscious self image will soon –  if it has not already – become that of someone who half asses his or her way through life… is that really you?

What are your thoughts?