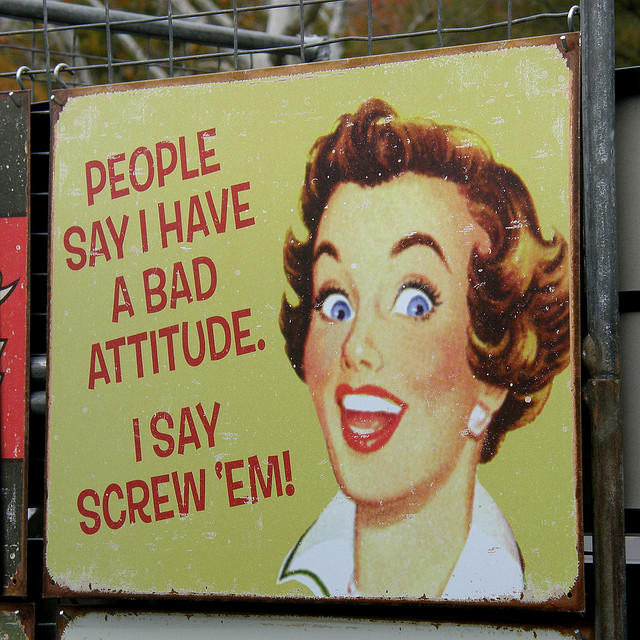 Goal setting has been said to be the single most important component in the achievement of success. Identifying what you want and “going after it” after all does seem like a fairly natural process. At the Achievement Bootcamp I teach that that is not always the case. We know that attitude plays a major role in not only the achievement process but in the simple act of goal setting itself. The very idea of goal setting, for most people is met with one of 5 reactions or attitudes. The first three are the classic isim’s – skepticism, cynicism, or flat out pessimism.

1. Skepticism: If you’re a skeptic you have an attitude of doubt in general or toward a particular subject. You might say “I’m not sure about the whole goal setting thing.” That doubt gives you permission to take no action in regards to setting goals for yourself. If you’re a skeptic you have likely never taken the time to set any realistic goals and if you have it was that very skepticism itself that held you back from achieving them. Of course as a skeptic you would seriously doubt that to be true.

2. Cynicism: On the other hand if you’re a cynic you may have the belief that human behavior is motivated primarily by self-interest. You might see goal setting as a psychological or emotional manifestation of that “self interest” and therefore want no part of it. Or you might say “I tried setting a goal once – it didn’t work, not only that but I felt like I was neglecting other more important area’s in my life” and as a result you exempt yourself from ever having to set goals again. “Been there done that” are the only 4 words in your marching song. You may need an attitude adjustment.

3. Pessimism: If you’re a pessimist you likely have an inclination to emphasize the adverse or negative conditions, and the grim possibilities, or to expect the worst possible outcome. You are the most pervasive of the isimist’s. Like an airborne pathogen you will often infect the thinking and beliefs of others around you with your strong and well voiced opinion. “Goal setting is huge a waste of time and will serve only set you up for failure and even disappointment.” I have heard some people say “I am a pessimist by nature and will never change.” I don’t believe that anyone is a pessimist by nature but rather had their pessimism thrust upon them by choice. If you’re a lifelong pessimist it’s likely you have never set a future goal. Setting goals would suggest hope for the future and an alternative possibility to the doom and gloom that awaits us all. The skeptic, cynic, and pessimist would tell you that their attitude is purely intellectual and has little to do with emotion.

4. Fearful: The fourth attitudinal reaction ‘fear’ is purely emotional and may actually be at the very heart of the first three. The most obvious fear is that of failure. No one wants to look or feel like a failure in front of their friends, loved ones, or piers but most importantly they don’t want to see a failure when they look in the mirror. The fear of failure may be the biggest obstacle standing between you and success. If you are the fearful goal setting represents, not the possibility for success but rather the probability of failure“If I don’t try then I can’t fail.” We all have dreams, hopes, and wishes but for you to formulate them into tangible goals would mean stepping out onto an unsure limb. You prefer not to risk anything “I’d better not, I might lose what I already have” and therefore pursue nothing.

5. Optimism: The fifth reaction is that of excitement and anticipation and optimism. For those individuals who desire a better future and are not willing to leave it to chance goal setting represents the unleashing of their desires and dreams. If you are among the excited and optimistic the act of determining exactly what you want and writing it down on paper represents the first action steps in manifesting those dreams and desires. You tend to be the among the achievers. Or as the cynic might say “the lucky.”

So which reaction or attitude is the correct one? The truth is there is no right or wrong when it comes to our reaction to such things. There is only empowering and dis-empowering.

It’s simple – look at your results.
Your results are the best way to determine your attitude around setting and achieving goals. Are you living the life you truly desire? Has your attitude served you or has it been the leading cause of your dissatisfaction, disappointment, and unhappiness?

There’s saying; Your Attitude Will Determine Your Outcome”