You never know who you are going to run into in the restroom!

I know this is a little silly but a few weeks ago while I was co-hosting the Extreme Health event in Irvine, California I ran into three really cool people while in the men‚Ä≤s room.¬† Now I know it‚Ä≤s an unwritten rule that you never talk to anyone while standing at the urinal although it has happened to me.¬† Don‚Ä≤t do it!!! (ladies this might not apply)

¬†(John is also the keynote speaker at IDEA World in July). The third person I met I had no clue who he was when we first said hi.¬† But as we were washing up we had a very casual conversation about the event and

all the cool people we had ran into in the men‚Ä≤s room, what do ya know?!¬†¬†His name is Mark Romero and he never mentioned that he was one of our speakers.¬†

The fact is he was not only one of our speakers but also the entertainment. And without bias he was absolutely freaking awesome.
¬† 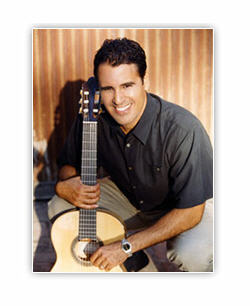 He not only¬†¬†taught me and the participants about the importance of “music” in harmonizing the two hemispheres of the brain and how that can have a profound effect on athletic performance, but he also played an amazing acoustic guitar.¬†¬†As a presenter he would talk on the subject for a few minutes and then he would play.¬†

I found myself closing my eyes and letting my mind drift into an almost hypnotic state when he was playing.¬† When he would start talking again it was as if my mind had been opened and the information was just pouring in and being absorbed like a roll of Bounty would absorb a spill.¬† When you harmonize both the analytical and the creative sides of the brain something magical happens.¬† You are able to simultaneously access internal resources both mentally and physically that would have been nearly impossible to access before.¬†¬†¬†

Read more about brain harmonizing and music in tomorrow’s post

and join Tom Terwilliger of Coaching Leadership Excellence at AccessToFitnessExperts.com/Mark Romero for access to his FREE interview with musician Mark Romero.¬†¬†