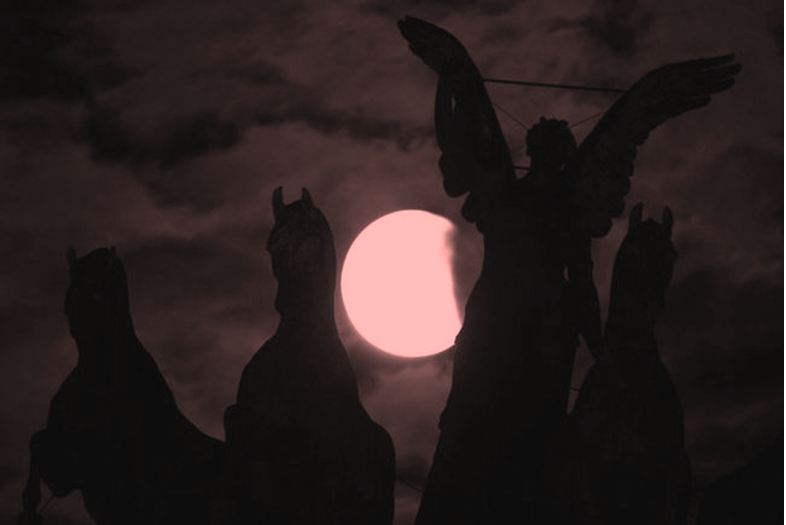 Ok, so pretty much anybody who has heard the radio, seen the television or read the newspaper in the last week knows this past Saturday December 10, 2011 was the last full lunar eclipse for another 14 years.

I didn’t have the chance to see it myself as it was hidden behind those pesky Rocky Mountains.

But I understand from friends on the west coast, who had dragged themselves kicking and screaming out of bed a t 4:30 am, that it was a very cool sight as what appeared to be a massively overinflated moon, draped in red, passed through and was completely eclipsed by the earth’s shadow cast by the sun.

Although I missed this particular eclipse and they say there won’t be another one for 14 years this isn’t exactly a rare spectacle for me and likely not for you.

I see it happen all the time in the area of achievement and success.

We get all excited about some big, bright, and shiny object and like George Bailey we attempt to throw a lasso around it and pull it towards us.  We shine a light on it, over inflate its size and make it the focus of our attention. We even run around telling people “This is it…this kind of opportunity doesn’t come around often. This is the one.”

Then before we know it, what was once bright and shiny begins turning red and going dim. The opportunity, hope and possibility that was once the source of the objects illumination is suddenly completely eclipsed by our own shadow.

A shadow cast not by the brightness of who we really are and what we’re actually capable of, but by our many inescapable  fears, doubts and uncertainties.

If we only understood that all we have to do is MOVE (decisively) and the shadow will disappear.

What are your thoughts?