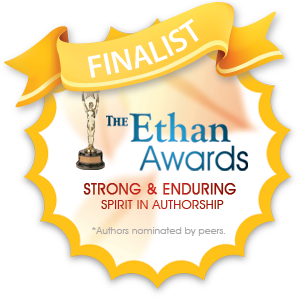 Congratulations to Tom Terwilliger who was named a Finalist in the in the fifth annual Ethan Awards.

The Ethan Award‚Ñ¢ is set to become one of the literary world’s most sought-after awards The Entrepreneurial Author‚Ñ¢ Awards are the only international, all-encompassing entrepreneurial author awards program, governed by a Board of Distinguished Judges and Advisors honoring great performances in the workplace.

Ethan means strong and optimistic, solid and enduring, or permanent. ¬†An Entrepreneur ‚Äì derived from the French words ‘entre’ (ie: enter) and ‘prendre’ (ie: take) ‚Äì is, in its most general sense, a person who creates or starts a new project, opportunity, or venture and assumes the risk for it.¬† Nicknamed the Ethans‚Ñ¢, winners will be announced during presentations Las Vegas.

“It is quite an honor to be nominated for such a distinguished award‚Ä¶ not to mention very exciting. I am truly humbled to have been recognized with the other outstanding nominees ‚Äì all of whom I hold in the highest regard.” Tom Terwilliger

Members of the Ethan Awards’ Board of Distinguished Judges & Advisors and their staffs select Ethan Winners from among the Finalists. Finalists were chosen by over 50,000 votes from readers nationwide during preliminary judging in May through August.

The elegant Ethan trophy was designed by R. S. Owens, the same company that makes the Oscar and the Emmy.

“The Ethan Award‚Ñ¢ has quickly become the most coveted business author honor in America,” said David L. Hancock, founder and president of The Ethan Awards‚Ñ¢.¬† “We began the Ethans in 2006 with the mission to generate recognition of deserving entrepreneurial authors among the business community, the press, and the general public.¬† Being selected as a Finalist is an important achievement, because it means that independent judges and the public have agreed that the Finalist is worthy of national recognition.¬† We congratulate all of the Finalists on their achievement and wish them well in the competition.”

Details about The Entrepreneurial Author‚Ñ¢ Awards and the list of Nominees are available at http://ethanaward.com/category/finalists/

Known as “The Achievement Mentor” Tom Terwilliger is a leading authority on the science of achievement, international speaker and empowerment trainer and the author of the acclaimed #1 bestseller, 7 Rules of Achievement. Tom’s unique background as a former Mr. America and longtime Fox Sports Net TV show host has allowed him the opportunity to reach and impact the lives of hundreds of thousands of people. Tom’s authentic love of people and his strong belief in their ability to achieve far more than they themselves believe possible has fueled his passion for over 25 years. Tom has taught alongside such notables as Regis Philbin, Harv Eker, John Grey, Bill Phillips, Dr. Jonny Bowden, Dr. John Spencer Ellis, Armand Morin, Dr. Asher Milgrom, and countless others. ¬†His inspiring story of pulling himself from the world of drug and alcohol abusing outlaw biker to National Bodybuilding Champion (Mr. America) and high achiever has inspired countless others to reach for their own limitless potential.