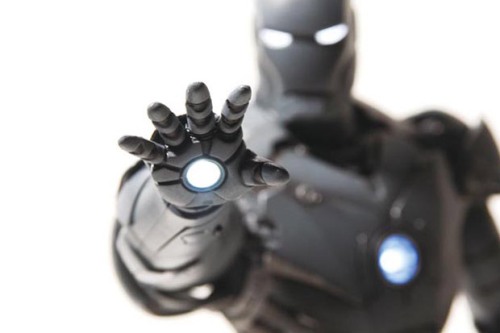 During an interview I once told Muscle and Fitness Magazine that “being in shape and contest ready was like wearing bullet proof armor on stage… I felt invincible like no one could touch me.”

That armor extended way beyond the competition stage.

Being in shape can provide us with an identity, a persona¸ make us feel powerful and even shape our personality. It can give us the confidence to be whoever we want to be.  But it can also eclipse or overshadow who we really are.

By now we all know who Tony Stark is right… he’s Iron Man without the Iron Man suit.  When Tony Stark needs to be strong, powerful and invincible he puts on his Iron Man armor.  When he’s behind that mask he takes on another persona (he becomes Iron Man) and capable of doing things he could never ordinarily do.

That impenetrable armor hides and protects his otherwise vulnerable flesh from harm or injury.

“My father never told me he loved me — he never even told me he liked me.”   ~Tony Stark, Iron Man III

Quite often being Fit, strong and having a lean, muscular or HUGE body can become the armor or protective mask we put on to protect or hide who we really are… the authentic you.

Of all the champions I’ve had the pleasure of sharing a stage or time with – by far the most memorable were those who were also the most authentic and real.

Lee Haney, Dorian Yates, Lee Labrada, Phil Heath are some of the biggest most muscular men in the world and are prime examples of champions who never ever feel the need to wear their musculature as armor except when they were on stage in the heat of battle.

They’re who they are, they make no apologies for it… love it or hate it, take it or leave it.

Hiding who you really are behind your body is like telling the world and yourself – you’re too small and weak or vulnerable inside to be seen.  When the truth is… deep down in your core, where it counts you are incredibly powerful.

Build your body, strengthen your will and develop the courage to be you. After all… a knight in shining armor is merely a man who has never had his metal truly tested.