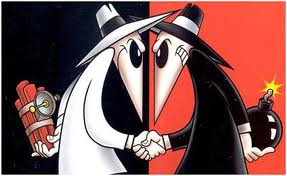 You work hard, sacrifice, focus on and even pray for success and yet you continue encounter what appears to be outside resistance to that outcome. Is the resistance really coming from external sources or could you have a traitor, spy or saboteur inside that is keeping you and your organization trapped in mediocrity and reducing your leadership power?

No more bullshit – it’s time we get to the heart of top secret information regarding the four simple yet deadly covert ways your internal saboteurs pull the strings and create the illusion that you can’t lead or succeed.

Do you recall the significance of the date – June 13, 1942?
It was shortly after midnight on that date that four saboteurs landed on a beach near Amagansett, Long Island, New York – no more than 20 minutes from where I was born and raised some 17 years later.

The four men were from a German U-boat, clad in German uniforms and had brought ashore with them enough explosives, primers, money and supplies to support a two-year campaign of destruction, chaos, and fear.

The purpose of this campaign and one like it on the coast of Florida was to strike a major blow to the American people by bringing the violence of war to our home ground.

The mission was to shut down our ability to manufacture vital equipment and supplies for transport to the battlegrounds of Europe, diminish our resolve to win… and strike fear into the American civilian population;

In the face of our recent economic BS and all the external challenges and resistance you’re up against everyday…  have you felt a little like your ability to succeed has been “shut down”  – or like your resolve may be giving way to fear in the past 24 months?

What if the primary resistance you face everyday wasn’t external at all – what if the majority of it is coming from within?

What if the biggest saboteur to you success had nothing to do with the economy, lack of resources, lack of capital, increased competition, or the controversial even hostile political climate.

What if the primary resistance you face everyday wasn’t external at all – what if the majority of it is coming from within?

Napoleon once said that,
“A spy in the right place is worth 20,000 soldiers on the battlefield.”

What if you have been infiltrated by inner saboteurs – whose job is to sabotage your ability to succeed, lower your resolve and induce paralyzing fear?

And if the answer to all those questions were YES – would you want to know about it?

My illusion is that you would.

Keep in mind however that knowing these answers may require some self evaluation and work on your part- possibly a lot of f—ing work or having to live with the knowledge that if you’re not where you want to be in life… it’s your fault – one way or the other.

Let’s start with this question; do you consider yourself a LEADER?

In your business, your family, your community and or personal life… are you a leader?

And if so, would agree that – that “leadership influence” is critical to getting others to willingly take action or change behaviors even in the face of resistance and to your success as a leader?

Of course it is!

But what if your own actions and behaviors are being covertly influenced or have been sabotaged by internal forces acting outside your conscious awareness or detection, below your radar you might say.

The bottom line is you would be at jeopardy of losing your influence as a leader… if you haven’t lost it already?

The ability to identify and stop your inner saboteurs… if indeed they actually exist should be of prime concern to you.  And if it’s not you can stop reading right now…unless you just want to check for more spelling and grammar errors.

Either way let’s get to it.

Like the Long Island beach invasion there are 4 Primary inner saboteurs that stop most of us from having or achieving what we want or from taking out leadership role.

There exact names and aliases (they have many) are on a need to know basis– and aren’t important.

What is important, what you need to be aware of – is how their actions manifest in your life.

The first saboteur is ANARCHY.

In my way of thinking Anarchy is allowed entry into our lives as a result of a Lack of clarity making it very easy to do its job.

Have you ever had to be at a meeting or someplace important and in your own mind you knew exactly where the place was you had to be without having to look at a map… or at least you thought you did?  But then as you were getting close to where you thought it was you suddenly realize you weren’t so sure after all, and maybe wound up a little lost and possibly late as a result.  This has happened to me on more than one accession.

It’s like that with our goals. We think we know what we want and even have an internal map of how to get there – but somewhere along the way we wind up confused, lost and chaotic.  That’s when Anarchy does its best dirty work.   If your objective or goal is even remotely cloudy, vague, and ambiguous this saboteur will slip in and begin destroying your ability to achieve it.

The way to neutralize this insidious little f—er is to get 100% crystal clear on exactly what your objective is.  And if you are going to create the focus, clarity and vision to inspire others to move with you it is imperative.

The 2nd saboteur shows up as EXCUSES

This unscrupulous saboteur will have you convinced that it’s someone or something else’s fault that you’re not succeeding or leading at the level of your potential.

Have you ever made up some BS excuse for dropping the ball, not following through or even just being late for a meeting?   Excuses will always point out a way of re-framing a failure so that you don’t admit to the mistake or error ir learn from the experience.

But when we get in the habit of accepting excuses – we wind up missing the lessons or the feedback and losing out on the ability to use that feedback to correct and continue the next time.  And so we make the same mistakes again and again. Can you stand in your power as a leader when you make excuses? NO!  A true leader never, ever makes excuses for his or her actions. They stand in their truth regardless of the consequences.
Learn to recognize when you are making an excuse – even small excuses like “I was late because of all that ball game traffic” – it’s bullshit.  Stop mid sentence– Stand in your power and take the heat.

And it will stop you dead in your tracks – sometimes within inches of the finish line.
When I ask my audiences for the definition of FEAR – without hesitation they shout out “false evidence appearing real” which is of course and acronym not really a definition. 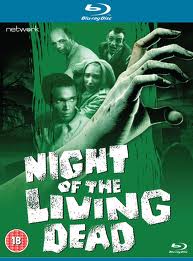 The actual definition is as follows: “a distressing emotion aroused by impending danger, evil, pain, etc., whether the threat is real or imagined;
In short – “The Anticipation of Pain”

Do you remember the original Night of the Living Dead  movie?  I was about 10 years old when my older brothers and sisters took me to see it.  I am not proud to say that within the first 15 minutes of the movie I had jumped up from my seat, bolted out the theater doors and was half way home before I realized I was all alone on a strange street in the dark.

When I finally got home I ran around the house locking all the doors and windows and hid behind the living room curtains so I could peak outside to see if they were coming for me.

10 years old notwithstanding, what had me acting like such a little pussy?

To this day there has been no reported case of anyone actually being killed or eaten by a ZOMBIE. Not that I know of.

But because there is evidence of smart, competent people just like you and me losing their businesses – their jobs, their 401ks, their homes or stepping our front to lead only to be humiliated and rejected that the saboteur has us thinking – no believing it is going to happen to us.

And so we contract, lock the doors and windows, and spend all our time peeking through the curtains to see if it’s coming for us. And as a result we miss the abundance of opportunities that are just outside our door.

While we are on the subject of fear let me share with you just how much damage the 4 long island saboteurs were ultimately able to inflict on the US during their campaign?

The answer is zero. No damage whatsoever.

Why?  Becouse the leader of the group Georg John Dasch had his own inner saboteurs.  It’s been speculated that his resolve gave way to FEAR, doubt, and uncertainty as he began to think of the entire operation as to “grandiose”… and as a result of those very thoughts, it was… for him. Just one day into the mission he called FBI headquarters in Washington DC and arranged a deal that involved betraying his colleagues and turning himself in.

“Courage is resistance to fear, mastery of fear – not absence of fear.”~ Mark Twain:

Fear will always be present at the moment of life changing or life saving decision.  This saboteur’s job like a terrorist is to invoke FEAR and paralyze our ability to take action.

As leaders we must – FACE THE FEAR AND TAKE ACTION ANYWAY!

It’s job is to diminish our RESOLVE and fortunately for us it worked for Georg John Dasch in 1942.

Winston Churchill once said – “Continuous effort – not strength or intelligence – is the key to unlocking our potential.”

When I was pursuing a professional athletic career I once asked my coach and mentor who had trained countless champions – how he was able to identify who had what it took to go all the way and be a champion?

What he told me was not what I expected to hear. He said the true measure of championship potential had nothing to do with genetic predisposition, who trained the hardest, or who had the greatest level of skill or even the best coach. But rather it had everything to do with everything.

A CHAMPION, he said is someone who gives 100% to everything they do, even when the stakes are low, and when others see little or no value in the reward or the effort and sticks with it until the job is complete. That rare individual who has developed the habit of playing FULL OUT and giving 100% even when no one else is looking is already a champion so when the time comes to step up… it happens automatically for them – they don’t know any other way.

There’s a saying;
“How you do anything is how you do everything” If you’ve allowed yourself to get in the habit of playing at 50, 70, or even 80% or less you can stop wondering why you’re not where you want to be yet.
In today’s competitive climate there’s simply is no room for another also ran.  You either identify the enemy and stop them, or ……… puff…. they stop you.

The Challenge:
Make a commitment starting today… right now to Identify and systematically eliminate all your inner saboteurs
1.    Get Clear on What You Want
2.    Stop with the BS Excuses
3.    Face the FEAR and do it anyway
4.    Get and stay Committed

I would love to hear your thoughts! Leave a comment below… 🙂