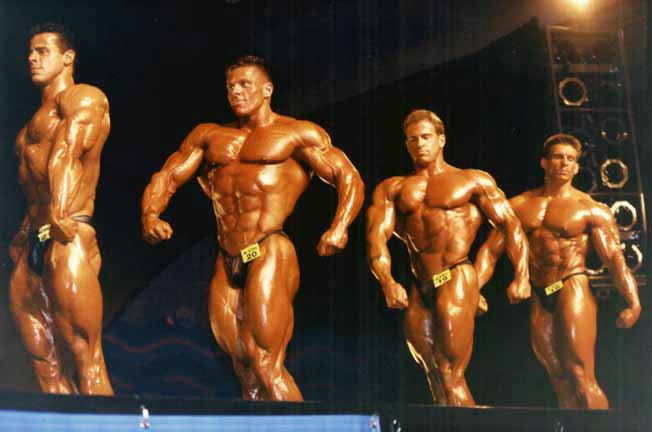 I just got back from an experience that ranked right up there with competing in the Mr. Olympia, in fact it could only really be compared to being a competitor¬†on American Idol.
Mr. Olympia contest…that’s me 2nd from the right.
A few weeks a go I was invited to compete in a Speaker/Trainer competition for one of the biggest training/motivation organizations in the world “Peak Potentials” led by T. Harv Eker the author of the massive best selling book, Secrets of the Millionaire Mind.¬†
What started out for me as a fun “what the hell” adventure quickly brought out the competitor in me and the 60 plus world class speakers I was evidently up against.¬† I had no Idea that making it to the finals as one of the top 15 would lead to a freaking rollercoaster ride that would challenge my confidence to the core.

Confidence is one of those things that is¬†present when your¬†in your comfort zone, familiar territory, doing what you know.¬† Those parameters are different for everyone of us.¬† What is comfortable for one person may be absolutely terrifying¬†for someone else.¬† The real key to¬†finding the ability to get comfortable and confident¬†in any situation is self esteem, a belief in yourself, and letting go of fear. That level of confidence and self esteem can be developed quickly without years of trial and error, success/failure…

If you would like to know the secret to develeoping “The Inner Game of Confidence” email me at¬†Contact@TomTerwilliger.com.

There I was stepping on to a stage in front of the very same judges that just a moment¬†before¬†had one of my competitors literally in tears…after what I thought was a pretty good performance.¬† Pretty good wasn’t going to cut it here.¬†¬†T. Harv and the other judges were looking for just the right fit for their organization.¬† I had to reframe quickly if I were going to survive the next 20 minute and deliver a winning speech.¬† I knew that the brutally honest critiques that the judges were shattering my peers with¬†was in actuality extremely valuable coaching. 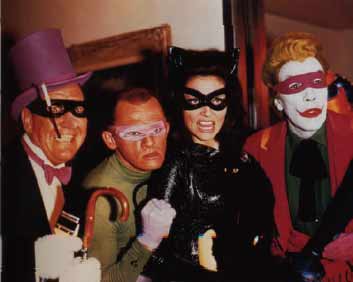 As someone who is always looking to improve I saw this moment as an extremely rare and valuable opportunity to take not only my speaking/training ability to the next level but also my confidence…because man was I ever out of my comfort zone.¬†

Harv stopped me before I got my first word out. “Do you think you took command of that stage and the audience when you stepped up?” Before I know it I had jumped from the pan into the fire…and I am going to tell you it got freaking hot.¬†

The answer was “NO” I did not!¬† Now I know how to command a stage…I’ve done it a thousand times, but I have also fallen on my face a thousand times as well.¬† It was beginning to look like this day was going to be the latter.¬† What I didn’t know was that the heavy critique, the merciless scrutiny of every word and body movement had a very specific intention…there was a meaning to the madness.¬† It was to push, poke, prod each one of the contestants to the breaking point…with the intention of seeing who would break and who was coachable .¬† Although on that first day of the semi-finals I did not achieve my goal of knocking their socks off with what I fully expected to be the motivational talk of the century…I was coachable.¬†¬†¬†¬†¬†¬†¬†¬†¬† 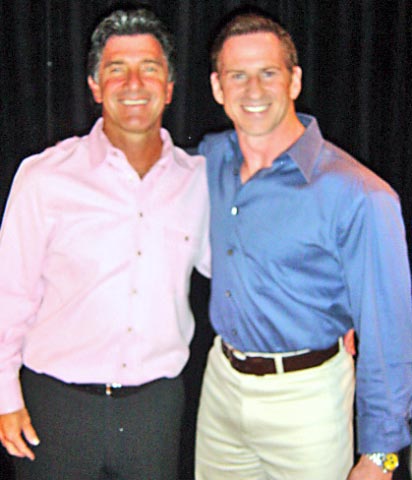 The merciless Harv and Me…

The next day was an entirely different story.¬† I woke up feeling defeated, and beaten…Just like I did at the Nationals one year when I was told by one of the judges just moments before taking the stage for my final performance (ready to win) that the decision had already been made and that I had finished 2nd…before the final performance was even in.¬† It is at those times when we feel defeated and even crushed that our resolve is truly tested.¬† True character is not build on success it is built on overcoming adversity…as Rocky would say “it’s not how hard you can hit that matters…it’s how hard you can get hit again and again and keep on moving forward…that what winning is made of.”

I could barely eat my breakfast that morning…I felt nauseous like I wanted to go¬†back to my room and crawl under the covers. But when I stepped back into that room and was once again surrounded by my peers…my competitors¬†a switch¬†inside me went on, the same switch¬†that drove me back to the Nationals the very next year…this time to win.

With my heart pounding and mouth as dry¬†as¬†the guy following Lance Armstrong up the Perinea’s Mountains I stepped back on that stage…this time as a true warrior.¬† It’s funny some times in life, that quite often we are afraid to take the first step or make the first move toward what we realy want, ¬†because it may mean failure, embarrassment, or even the possibility of success…and no turning back.¬† It was like that on the stage that morning…I knew once that first word slipped from my mouth there¬†would be no¬†turning back and that it all hung on the commitment, resolve and attitude that accompanied those first few syllables.¬†

And¬†I know at that moment…even before it happened that I was about to achieve my earlier goal.¬† Had I not found my inner warrior and gotten back up on that stage it simply would not have happened.¬† I would have walked away with a¬†new and disempowering “FAILURE” reference.¬† Even if I had fallen on my face on that second day I still would have built another layer of emotional muscle just for getting back up there.¬† So really…I had nothing to lose and everything to gain.

What’s your goal your intention?¬† Were is it that you won’t to be in your life…what is it that represents that intimidating stage for you?¬† And more importantly what’s been holding you back?¬† We all get knocked down.¬†Every single one of us. ¬†I want to encourage you to get back up. No more excuses…find your warrior and get into the battle.¬† I think you’ll find that any wounds you may experience are only superficial.¬†Gain more confidence – http://www.innergameofconfidence.com/