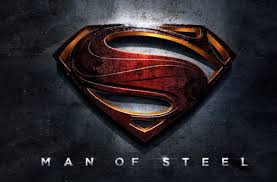 Why does everyone idolize this superhero?

The “Man of Steel” is this summers big blockbuster movie.   Millions of people (not just kids) have or will slap down there hard earned paper route money and make a superhuman effort to get to the nearest or most expensive movie theater to watch the latest remake of Superman. In the past 35 years there have been at least 7 movies, that I know of made in the Superman franchise. Really?

Is it simply because we love to watch some dude in blue tights and a cape fly around a crime infested metropolis foiling the evil plans of some bald sociopath?

Or is it that the Man of Steel seems to posses even personify something deep down inside we all wish we possessed more of… TRUE strength of will?

By definition, strength of will is the ability to maintain one’s resolutions (intentions) even in the face of Kryptonite like opposition (I added that last part if we want to be technical). Like a muscle, strength of will must be exercised and tested frequently at varying levels of intensity.  It could be said that the amount of moral strength one possesses spawns from the conviction they have in their beliefs and values. Believing in one’s self can provide super human straighten and courage when it’s needed most.

So why in the day and age of gritty anti-hero superheros do we still love Superman?  What makes Superman a true man of steel isn’t his ability to leap tall buildings in a single bound or that he’s more powerful than a locomotive or even that he can bend steel in his bare hands.  What makes Superman a true man of steel is his stead fast conviction to what is right and just, his personal moral code of honor and his extraordinary strength of will.

“Strength does not come from physical capacity. It comes from an indomitable will.”~Mahatma Gandhi

1. CourageSuperman’s bravery and virtue combined is the ultimate sense of courage. He faces his fears of possibly losing his loved ones to his enemies and confronts them respectively. Plus, it often takes more courage to do what’s right when it would be a lot easier to do the wrong thing.

2. PerseveranceAlthough it may look easy from our perspective Super Dude puts in an incredibly strong effort to achieve what has to be achieved despite the challenges and difficulties. He would never think of quieting.

3. DeterminationSuperman holds his own goals with firmness and eagerness regardless of the opposition. Even if the first solution or effort is unsuccessful and met with further resistance Superman will always find a way.

4. CompassionHaving Superman’s heart of gold can make this world a better place. Empathy and compassion are feelings that every great leader must posses.

5. PurposeSuperman’s meaning in life is to protect innocent people and those he loves from danger. It’s what drives him to get up in the morning, grab his first cup of coffee, put on his cape and tights and get his but out there to make the world a better and safer place.

Creating a list of character traits for yourself can be like developing a play-book for how you want to live your life. How you want to show up in the world. And gives you a set of standards t live by.

Check out this list of 25 Powerful Character Traits (of course there are more) and pick 5 that best embody the “real you.“ The first 6 traits are one’s I live my life by.

If you were to personify it, which of these 25 attributes, traits or virtues, at its highest level, would exponentially increase your ability to take your leadership role and begin to manifest your higher-self… your superhero?

BUT WAIT… before you review the list, ask yourself three key questions:

Action Step: Now that you have your list, say “I AM” before each trait. For example, “I AM COMMITMENT.” This practice is the first step in strengthening your will and should be repeated daily. Over time, embodying these traits will become easier and your resolve stronger, especially when faced with a chocolate chip cookie.

Here’s to living your life to the fullest and becoming your own man or women of steel! 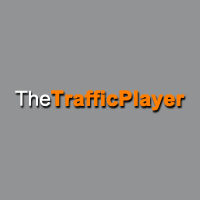 Ok… sorry for distracting you with the video. Maybe you should go back an read the post again.