Music is commonly used to help induce certain states and feelings. Some music can make us feel more aggressive, or completely relaxed, and still other types of music can induce feelings of nostalgia. We also know that music and exercise has been going hand in hand since long before Jane Fonda

The right music can help produce energy in the body and in the mind simultaneously. Through actual scientific studies researchers have discovered that the frequencies in some music can actually optimize the flow of energy in the body and brain. Through their studies researchers have been able to demonstrate how most people live their daily lives in a weakened state and not able reach their full potential as a result of several external reasons.

They believed that over 60,000 man-made chemicals in our air, food and water supply, actually interrupt the flow of energy in our bodies. In addition, they have also demonstrated how things such as cell phones and mp3 players actually contribute to that weakened state. As a way of counteracting these negative environmental effects some researchers have looked to the possibility of music. Using the harmonic recording of a monk chanting they discovered that there were actual physiological changes in the body and positive changes in brain wave activity. This inspired a search for other types of music that would reproduce the same effect.

They invited musician Mark Romero to a lecture where they were testing people with a number of different strength, range of motion, flexibility, and applied kinesiology tests.

“I actually witnessed how people went physically weak when exposed to some of the negative interrupters such as cell phones and containers that once held chemicals in them. They then had me come up and play some of my music on the guitar and I saw people instantly shift physically in front of my eyes. Where they were weak they instantly became stronger.” says Romero.

What the researchers discovered was that when the right music plays in the athletic environment there is an instant increase in five physical areas strength, flexibility, endurance, coordination, and balance. All of these five areas were measured in the same environment with the music playing and without the music. Through brain mapping they were able to determine that the music created a response in brain waves much like that of athletes in the “zone.” The benefits include improved focus, reduced stress, heightened creativity, improved intuition and improved memory. They also noted that the body’s ability to heal and recover was greatly enhanced when in this same zone-like state.Romero was informed by the researchers that his music had tapped into specific frequencies that are able to harmonize the two hemisphere of the brain and align that energy with the body and that his music could be a great tool to assist people in reaching their full potential.Out of this emerged an amazing musical technology that can instantly put people into this harmonized state enabling them to operate at a higher level of mental and physical performance. Romero now has a wide range of people using the music as a tool to empower them in their life experience and athletic performance.

“I have people who use the music to help reduce stress in the office, and while commuting and dealing with other stressful situations. I also have people that listen to the music while doing yoga and other physical routines and they notice the benefits.” says Romero.

Romero also says he has people that swear it helps in sexual performance. I have to admit a CD certainly sounds better than a little blue pill! And if my memory serves me the sound track from “Last Tango in Paris” never hurt any.

Join Tom Terwilliger of Coaching Leadership Excellence at Access To Fitness Experts for FREE access to his interview with musician Mark Romero and check out Harmonic Alignment. 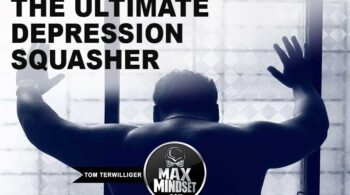